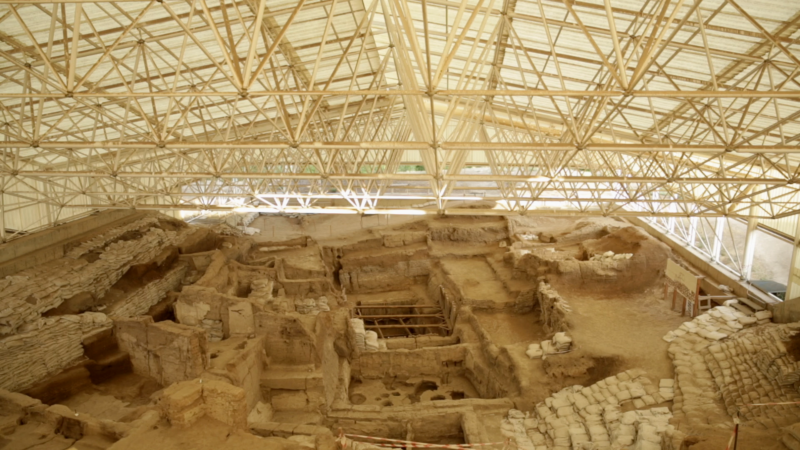 The City by Rossella Biscotti

The City (working title) subtly narrates a story about the archaeological site Çatalhöyük in Turkey. The Neolithic settlement, founded there 9,000 years ago, is regarded as one of the first urban centers of the world. The artist spent several months on site and documented the working and living community during the excavations. In an associative audio and video montage, Biscotti weaves together a narrative that links the ways of living and organisation of a very early form of society to the contemporary community at this archeological site. The timelessness of the narration gets interrupted by the sudden closure of the excavation site after the attempted military coup in Turkey in 2016. It brings us back to the here and now, pointing out the power relations that determine social structures and forms of community.

ROSSELLA BISCOTTI works with video, photography, performance and sculpture. She uses montage as a gesture to reveal individual narratives and their relation to society. In her cross-media practice, she explores and reconstructs obscured moments from recent times, often against the backdrop of state institutions. Her work has been shown at the 55th Venice Biennale, 13th Istanbul Biennale (2013), dOCUMENTA 13 (2012), and Manifesta 9 (2012), among others. She received several art awards incl. Premio Italia, Maxxi Museum in Rome (2010), and the 1st prize at Biennale de l'Image en Mouvement 12, Geneva (CH) in 2007 and 2nd prize at the Gstaadfilm Festival, Gstaad.