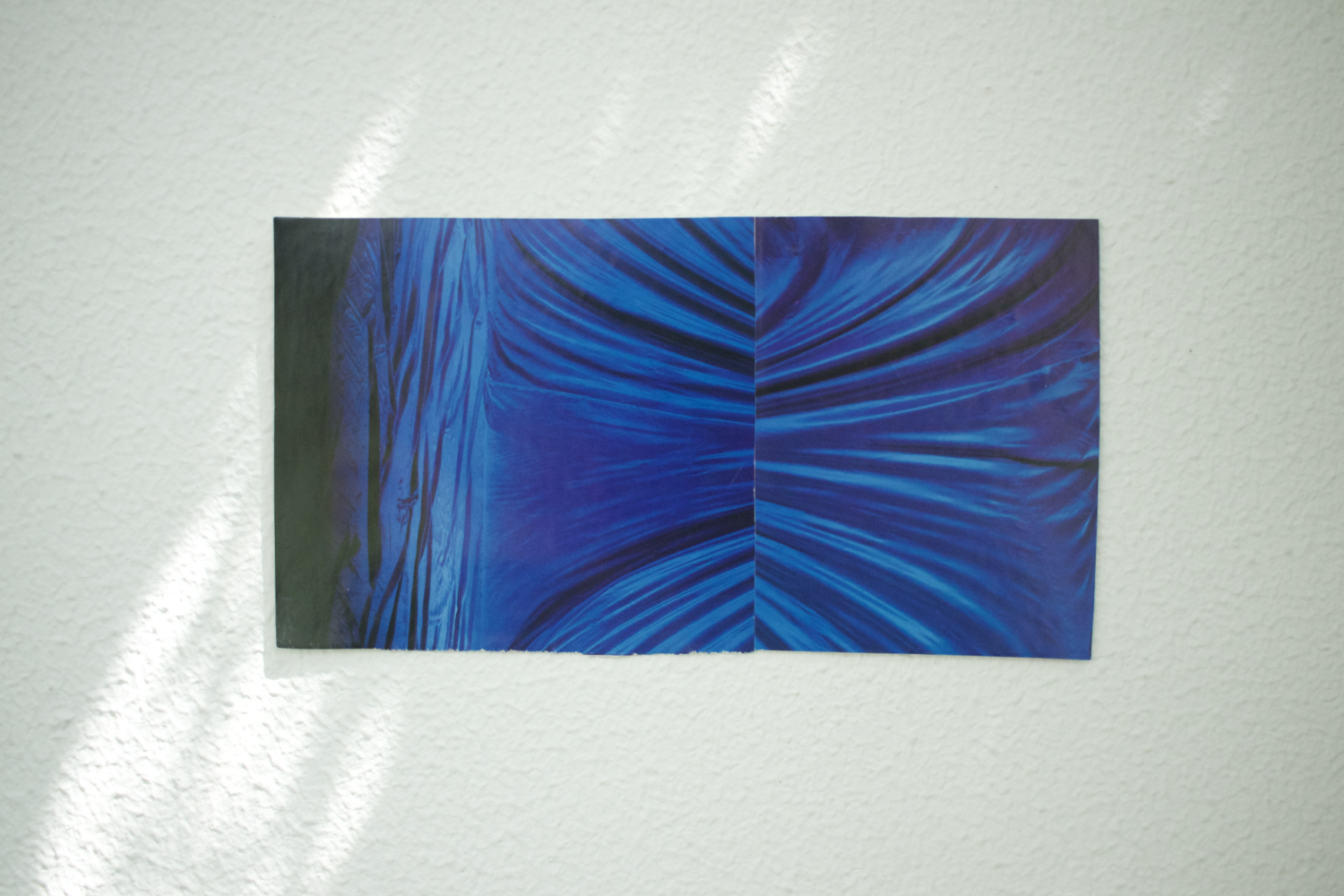 Look at and Look After Infrastructures

I have written a lot about On & For Production (later, Production and Distribution). However, a comparatively small part of that writing made it into publications. Most of it was produced for applications or within the daily working routine. In setting up frameworks that are outside of anticipated moulds and which don’t reproduce the usual roles, expectations and formats, one ends up spending an incredible amount of time describing what the initiative is, or is not. As exhausting and repetitive as this writing might be, it was absolutely needed to bring the project forward and to make methods that operate between established schemes intelligible. Having said that, the only way in which I can write about On & For yet again, and if this text is to permeate any gearing libido, it is by deliberately departing from the descriptive kind of writing that would aim again at drawing the singularity of what we have been doing. I would like to write instead about how I think about On & For now, or more precisely, about why I find myself going back to that experience now—after years and during the pandemic—in relation to a series of more general concerns. And still, if I took a few lines to mention what I would not write—the administrative, nerdy, sector-oriented, functional text—it is because this kind of almost-disembodied type of writing is part of a back-office, unsexy invisible labour that I believe is a real catalyst for change, and more so now. It is a form of maintenance that is as looked down on as it is becoming increasingly crucial.

The pandemic and the lockdown were experiences of radical discontinuity at many levels. In the crudest sense of the word, they literally brought about the interruption of lives, but in a more general sense, they felt like a momentary cut from life as we knew it. Next to the harshness, however, a sense of possibility opened up. In the wake of the first lockdown, we spoke of it as a crack that could be the occasion for change. Along those optimistic lines, the likes of Franco ‘Bifo’ Berardi interpreted the events as proof that capitalism was no longer inevitable.[1] A year later it seems impossible, or even naïve, to conjure up that feeling again. At the antipodes of change, what we are witnessing now is rather the perfectioning of neoliberalism, in an accomplishment of Klein’s ‘shock doctrine’.

In our sector, the claim for institutional renewal that had been part of the zeitgeist for a long while was brought back on the table as a top priority by the pandemic. Institutions plunged into deep self-assessment as they wondered what was left from their mission after their doors closed and their users no longer met. The urge was—and still is­—to be response-able[2] and come up with meaningful ways to keep on being available and useful for art professionals and audiences. However, this kind of claim is hardly ever followed by a practice. Intentions usually dissolve when they hit practicability. There are very few practical examples, in comparison to the saturation of theoretical claims, that get into the mud of finding legal, administrative, methodological, economic and practical viability for structural change. Similarly, writing and lecturing about institutional renewal is encouraged and applauded while the details of its translation into material conditions and working environments remain largely invisible and rarely make it into the public sphere and debate.

[2] The hyphenated writing of the word ‘responsible’ as ‘response-able’ is taken from Donna Haraway.

I believe that if there is a possibility to go back to the now-fading sensation that at some point in recent events the conditions were there to welcome a difference, it will be through practicing what we reclaim. We are usually bestowed complete freedom in programming under the tacit condition that the hosting structure remains untouched. There are, therefore, reasons to suspect that regaining any form of political e/affect lies in being able to operate—or curate—at an infrastructural level. That is, to design and test alternative or reviewed infrastructures.

In a premonitory essay written in 2016, Lauren Berlant states: ‘All times are transitional. But at some crisis times like this one politics is defined by a collectively held sense that a glitch has appeared in the reproduction of life. A glitch is an interruption within a transition, a troubled transmission. A glitch is also the revelation of an infrastructural failure.’[3] Glitching times bring to the fore damaged but also damaging infrastructures whose nuisance might otherwise remain obfuscated and perpetuated. Recent events reveal dysfunctional infrastructures. A glitch is like a finger pointed at the infrastructure that hosts it (or is unable to host it); it is the symptom of its trouble. A way to process what just happened but also to think ahead is, to extract from Berlant’s argument, the urgency to look at and look after infrastructures. In other words, to respond to the experience of radical discontinuity with an exercise of infrastructural maintenance, care, repair and updating. Such a take on things is also grounded in the acknowledgement that ‘structures govern more than ideology’, as Irit Rogoff put it.[4]

It is in thinking about examples of infrastructural scaffolding that I find myself going back to On & For as a tangible, concrete and practical exercise of infrastructural responsiveness. I am by no means suggesting that our modest initiative can bring responses to the massive structural failures that we are currently being confronted with, which would be cynical. I am thinking back about it in trying to gather examples of how to institute. That is, how to transform institutions into verbs, actions or behaviours instead of petrified forms. It is not as much about what On & For was, but about the kind of attitudes and the steps it required in order to develop. Their importance comes from the fact that they point back at wider issues such as the practicability of change or the need to restore agency to tasks like maintenance and administration that are often diminished as passive machinery.

We started in 2014 by raising a little bit of money to put together a prototype. Animated by the firm determination of surpassing the endless and repetitive conversation on the intersection between art and cinema, our aim was to practice an intuition. The idea was to create a professional framework that would no longer be defined as an intersection but as a space in and of itself that blends elements from both economies, modes of production, circulation and valuation. In a chapter of What’s the Use?, Sara Ahmed builds on Heidegger’s idea that a tool disappears through its use, to come to a statement that lies close to the above-quoted lines by Berlant. When things function as needed they vanish. It is their brokenness that reveals them. The experience of uselessness is that of potential transformation.[5] Use can be the unaware reproduction of functions through habit, but it can also be the grip on the material conditions for (re)action. On & For was grounded in the feeling that neither the working environment of art nor that of cinema were exactly useful for artists’ films. It grew out of trying to come up with a better tool, one made from gathering pieces from useless ones. As its very name suggests, it was as important for the project to contribute to the dissemination of knowledge on production as it was to carve out a different infrastructural and practical space for production. Combining sharing and doing allowed for a very basic exercise of coherence consisting of practicing what you claim. The initial years were mostly about setting up different working conditions, about designing an infrastructure that eventually became of use. It is not coincidental that On & For was pulled together by Auguste Orts. This artist-run organisation has as its core mission the creation, improvement and shareability of production and distribution conditions for artists’ films. Theirs is undoubtedly infrastructural work. They share with On & For the fact that they operate as supports; providing that which accompanies, sustains and keeps on making possible moving image practices.

Also as pandemic reflex or sequel, and as yet another symptom of the growing belief that the (only) way forward is in infrastructural imagination, I have been rereading Support Structures, the publication that Céline Condorelli and Gavin Wade edited in 2010. In their own words, ‘Support Structures is a manual for what bears, sustains, props, and holds up. It is a manual for those things that encourage, give comfort, approval, and solace; that care for and provide consolation and the necessities of life. It is a manual for that which assists, corroborates, advocates, articulates, substantiates, champions, and endorses; for what stands behind, underpins, frames, presents, maintains, and strengthens. Support Structures is a manual for those things that give, in short, support.’ I think of On & For as something that could be included in such a manual and I couldn’t agree more with Condorelli and Wade’s observation that ‘the work of supporting might traditionally appear as subsequent, unessential, and lacking value in itself’. If their research and editorial compilation and tool acquires renewed relevance in these, our gloomy times, it is because it has the political agenda ‘to restore attention to one of the neglected, yet crucial modes through which we apprehend and shape the world.’[6]

Production is a support structure. Developing working environments to bring forward artistic practices means creating, adapting and updating support structures. It is a form of systemic care and maintenance. However, most of the gestures and tasks associated with this care fall into the same invisibility and lack of recognition as that of reproductive labour or administrative labour. I would agree with Andrea Franke when she states that ‘for revolution to happen we need administrators on our side’.[7] We tend to imagine administration, institutions as well as production circuits and modes, as impenetrable machinic entities that govern life in spite of everything else while they are actually made of a sum of (human) acts and decisions, or the lack of them. If there is still a little bit of margin left to respond to faulty infrastructures, it will be through wrestling with finding material and practical viability for structural reimagination.

Anna Manubens is an independent curator and producer based in Barcelona with a preference for hybrid roles at the intersection between exhibitions, research, public programmes, project development and institutional analysis or imagination.