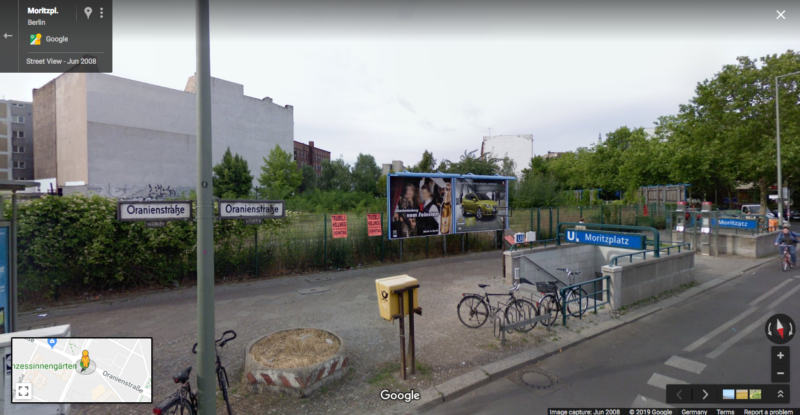 This project started by looking to the form of the ‘soap opera’ as an example of how media can be instrumental in alternative community building. In searching for ways to develop a stronger base in Berlin for collaborative projects, we are drawing on the US soap Days of Our Lives as a kind of template for an open-ended experimental serial drama series, Days.

In its ability to triumph in blurring the line between on-screen and off-screen, Days of Our Lives (DooL) has been a source of inspiration for Days. Airing every weekday since 1965, DooL’s regularity has allowed its audience to develop strong relationships with its characters, and due to its long run, the actors often have full careers on the show. Soaps create many-layered communities, in that they are both a representation of a fictive community, and simultaneously a ‘real’ community for the cast and crew, creating an inadvertent ‘docudrama’. Not only does the show’s cast often marry off screen as well as on, but also some actors started on the show as children and have died of old age while still playing on the show. The actors’ deaths motivate corresponding funerals on the show for their characters, where the cast of actors and characters as well as the shows audience can partake in this mourning.

In a time where you can watch whatever you want, whenever you want, our aim is to prioritise continuity of production over continuity of content; the regularity of Days’sproduction should support the livelihoods of its cast and crew, and the show’s relationship with its Berlin audience. Depending on finances, we hope the show might increase in its regularity, and broaden its audience, reaching beyond our initially local social context.

The drama is located in the on-the-ground experiences of people in Berlin who are dealing with a range of familiar issues, as well as those issues we can only understand from the outside; what are the building blocks of the city’s transformations, and how are Berliners dealing with socio political changes?

ELLINOR AURORA AASGAARD (NO, 1991) is an artist, who did a BA in Fine Arts at the Malmö Art Academy in Sweden. She mainly works in an artist duo under the name Aurora Sander. The installations produced by the duo are caught in between form and function, art and design, discourse and disgust. For instance: a mobile sculpture serving you social lubrication, or high heeled shoes with built in brushes for an easy clean and seats reserved for magazine covers. Aurora Sander reacts to the intrinsic structures of the art world, of socialization, distribution and value creation. Their artistic strategies are closely linked to design, theater, and fashion; fields that art is struggling to keep at bay. Aurora Sander's strategy is one of confusion, fusion, fiction and friction, making objects and creating characters that belong in the art world, but have no idea how they got there. Their work has been exhibited at several galleries and institutions, among them: Norsk Billedhoggerforening (NO), UKS (NO), Passerelle Centre d’art contemporain (FR), 7th International Moscow Biennial (RU), Yamamoto Gendai (JP), Overgaden Institute of Contemporary Art (DK), Nicolai Wallner (DK), Camden Arts Centre (UK), Hebbel am Ufer (DE) and Sandy Brown (DE).

ZAYNE ARMSTRONG (US/UK, 1986) is an artist-filmmaker. He has a BFA in ‘4D Fine Art’ from Central Saint Martins, London, and was on the MFA at Piet Zwart Institute, Rotterdam. Many of his projects engage the circumstances that constitute communities, both in how the films are produced and in scripted on-screen narratives; Transient, 2020 (120mins~); Tumbler,2020 (20mins~); Boss, 2018 (25min); Various Mountains, 2018 (35min); Ken, 2017-18 (36min); Pentelikon, 2014 (12mins); Set #31, 2012 (45min). His work has been exhibited internationally, in the UK at Tate Modern, 176 Zabludowicz Collection, Auto-Italia; X-Initiative, NY; OSLO10, Ausstellungsraum Klingental, and Villa Renata, in Basel; Ve.sch, Vienna; Mark-Morgen Perez Garage, Buenos-Aires; in Stuttgart at Hermes und der Pfau and SeenThrough; in Berlin at Import Projects, Next-Visit, The Oracle. He ran a project space for performance in London 2007-09; was part of the collaborative practice S/Z 2007-2013; and was part of the virtual character ‘Agatha Valkyrie Ice’ for their curatorial residency at OSLO10, Basel 2015-2017.