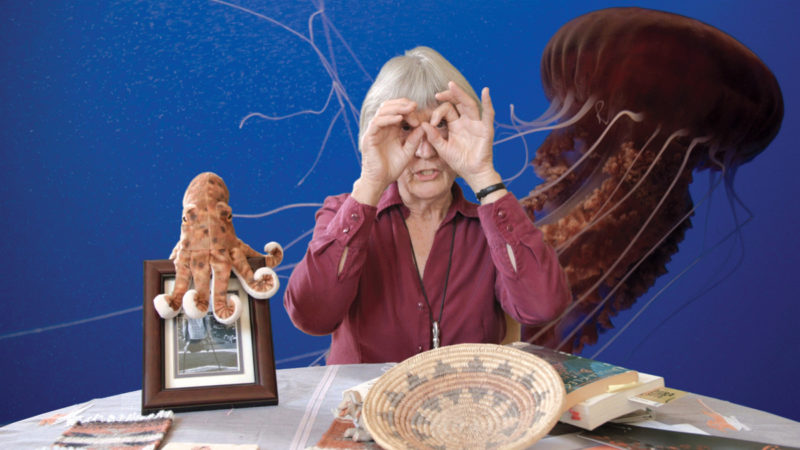 A MATTER OF “SITUATED KNOWLEDGE”: Fabrizio Terranova in conversation with Laurence Rassel and Ellen Meiresonne

The conversation intends to draw a timeline of the realization process of Fabrizio Terranova’s upcoming film, from its idea to the finished object. The chronology will be made of narrations (what happened, how it happened and with whom) and iconographies (images, budgets, diagrams). This meta or parafilmic approach will also include an observation of the vocabulary that accompanied the development of the film, from the texts by Donna Haraway to the filmmaker’s own files and notes. This dissection process might provide a Harawayan solution to the eternal identity conflict of films that stand at the
intersection between art and cinema. Could Donna Haraway’s idea of “situated knowledge” be a mode to come to terms with one’s standing point as hybrid filmmaker? In the hinterland between art and cinema, could our references, narrative preferences and production
apparatuses be the best way to define us?

Donna Haraway is a prominent scholar in the field of science and technology, a feminist, and a science-fiction enthusiast who works at building a bridge between science and fiction. She became known in the 1980s through her work on gender, identity, and technology, which broke with the prevailing trends and opened the door to a frank and cheerful trans species feminism. Haraway is a gifted storyteller who paints a rebellious and hopeful universe teeming with critters and trans species, in an era of disasters. Brussels filmmaker Fabrizio Terranova visited Donna Haraway at her home in California, living with her – almost literally, for a few weeks, and there produced a quirky film portrait. Terranova allowed Haraway to speak in her own environment, using attractive staging that emphasised the playful, cerebral sensitivity of the scientist. The result is a rare, candid, intellectual portrait of a highly original thinker.

FABRIZIO TERRANOVA, who lives and works in Brussels, is a filmmaker, activist, dramaturge, and teacher at erg (École de recherche graphique) in Brussels, where he launched and co-runs the master’s programme in Récits et expérimentation/Narration spéculative (Narrations and experimentation/ Speculative narration). Terranova is the author of Josée Andrei, An Insane Portrait, an experimental documentary that was turned into a book published by Les Editions du souffle. He is also a founding member of DingDingDong – an institute to jointly improve knowledge about Huntington’s disease. He has recently published the article “Les Enfants du compost” in the joint publication Gestes spéculatifs (Les Presses du réel, 2015).