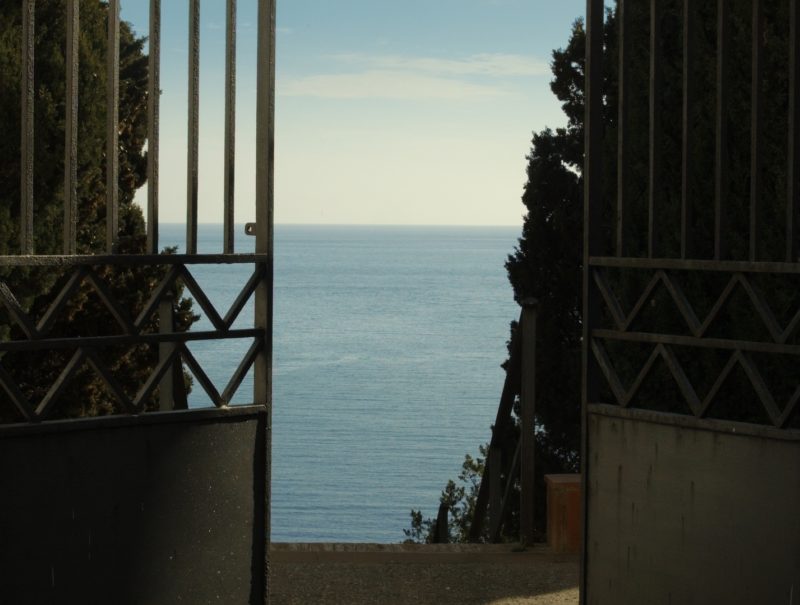 For Now by Herman Asselberghs

In times of great turmoil, time comes to a standstill.

The central two movements in For Now are panoramic shots and firm, vertical edits. They show shifts of place without the journey. Nature, the wind, movement occurring on its own: this seems to be the film’s real subject matter. The film unfolds in waves. Locations appear, disappear, and come round again – Lewinsky Park, Maximilian Park, Habima Square, Lion Square, Zuccotti Park, Times Square or pastoral landscapes at opposite ends of the Mediterranean Sea. The actions are the same: people wait, pass by, kill time. The contrasts between refugees and citizens, tourists and activists, Israelis and Palestinians, Europeans and Americans: all become less clear. The repetition of these blurred relationships, Asselberghs’ decision to film after the fact, the enigmatic inclusion of hand signals – all these work together to reveal a distinct constellation in which things come together momentarily before taking their leave. It is a film running alongside events, alongside time. A contemporary film in the pure sense of the word – a way of being with time. For Now is also a publication.