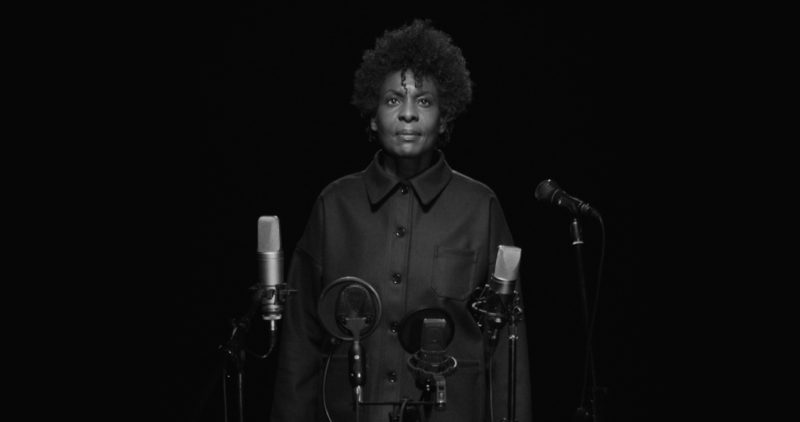 One by Anouk De Clercq

One (working title: Radical Empathy) is a film, a performance, a 21st century protest song, a call to action, a pledge, a commitment, a solemn undertaking, a summoning of consciousness, an instruction, a stand against mindlessness and distraction, an art of limits, an active silence, a difficult love. And an invitation. To drink in the vibrancy of life at all scales. To embrace complexity and attend to our world with a befitting vibrancy of feeling.

Empathy begins with a shared gaze. It can be thought of as a gate to inhabit other perspectives and infer other goals. Together with performer Helga Davis and composer Vessel, Anouk De Clercq explores attentiveness, intimacy and openness through image, text and music. One is a song for the times.

ANOUK DE CLERCQ explores the potential of audiovisual language to create possible worlds. She is interested in what lies behind ‘reality’ or in between the visible and the imaginary.

Anouk De Clercq is affiliated to the School of Arts University College Ghent as an artistic researcher. She’s a founding member of Auguste Orts and is represented by Gallery Sofie Van de Velde.